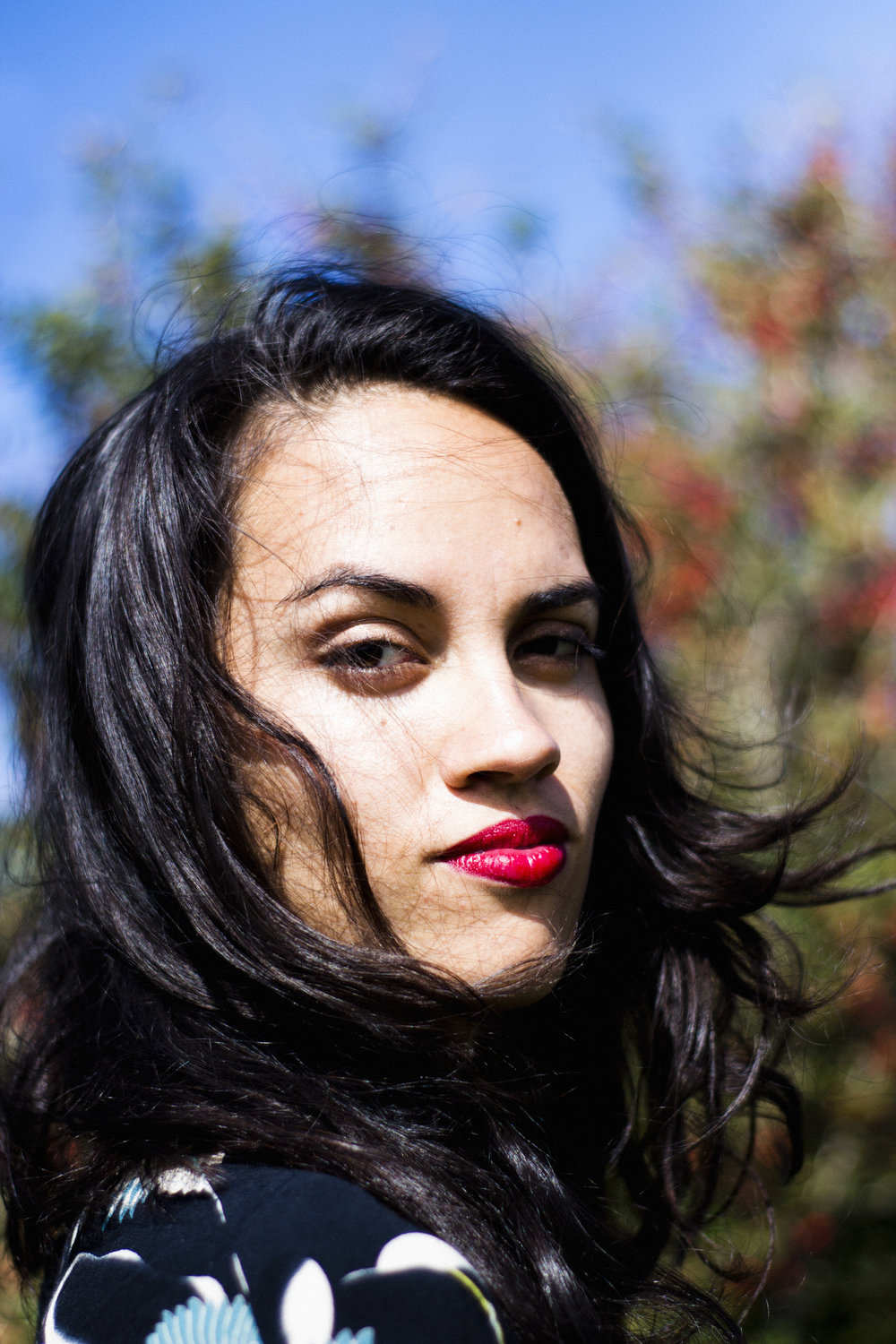 ‘If you listen carefully, you can hear a new idea growing into form’

Ishtar Bakhtali likes to bend the role of singer to the one of ‘soundmaker’. In her projects the loopstation, vocal effects and the instruments create a language together that tell a story.  The songs are an invitation for the listener to be taken on a journey.

Lyrics and atmosphere are important factors in her original compositions and arrangements of jazz standards. Influences are: Indian music, latin, sounds of nature and jazz.

(KA BRADLEY about the solo performance during ‘Resolutions Festival’)

Born in The Netherlands, having mixed roots (Hindustan-Surinam & Dutch) Ishtar came into contact with two cultures and different kinds of music from a young age. Up to this date her music is influenced by the various genres played at home.

With the voice as starting point she makes use of the loop station and sings in different settings with projects ranging from Jazz to spoken word, live techno (Minaminiguu), traditional Indian music, Jazz, compositions for dance performances and her solo project ‘Treeclimber’.

While studying Vocal Jazz at Maastricht Conservatory she came in touch with Carnatic music through a lesson of guest teacher Raphaelle Brochet. From that moment on her journey into the Classical Indian music (first Carnatic and later on Dhrupad as well) started.

In her minor she focused on composing and performing with loop station. This came to expression in the performances ‘HOME (sick), ‘The Ordinary Life of Lilly Lesloyd’ and ‘Arriving’. An exchange to ‘Escola Superior de Musica de Lisboa’ to study with Maria Joao Grancha made her lose her heart to the Portuguese language and magical city of Lisbon.

After finishing her Bachelor she went to India to deepen into Carnatic and Dhrupad music. She returned to live in Lisbon afterwards to work on several projects.

Ishtar is currently living in Rotterdam to research the possibilities of integrating elements of Indian Classical music in her Jazz influenced compositions at the master program of the World Music department (Codarts).

A big interest of Ishtar is making crossovers with other art forms such as: dance, fine arts and fashion. At the moment one of them includes ‘Into the Light’ a cross over project that seeks to connect Sufi & Indian dance and music. Combined arts include: dance, visual art and music.

Projects of the past include the performance ‘HOME(sick)’ with dancer Leila Bakhtali and composing and performing at Fashion Clash festival. For the dance theatre performance ‘The Ordinary Life of Lilly Lesloyd’ she composed the soundtrack and performed it live. She also collaborated with fine arts student Christina Nickel for her performance art piece ‘swallow’.